Scandinavia is still the world’s happy place, firmly holding on to the top 3 of the World Happiness Report in 2020. Finland, Iceland and Denmark were named as the world’s three happiest countries in the study that is based on surveys by Gallup as well as developmental indicators.

Despite the onset of the COVID-19 pandemic, happiness scores did not change majorly around the world in 2020. The majority of interviews for the report was carried out during the first wave of the pandemic in spring 2020.

Switzerland rose two ranks from 2019, coming in fourth. Germany even moved up ten ranks into seventh place. New Zealand is now the only non-European countries to make it into the top 10 of the happiest countries as Canada sank to rank 15.

The U.S. rose from rank 19 to rank 14, while it was downhill for the UK. The country tumbled from rank 14 to rank 18. Israel became the second highest ranking country outside of Europe in 11th place, while Taiwan scored highest in Asia (rank 19). The best-scoring country out of Africa was Nigeria in rank 59. 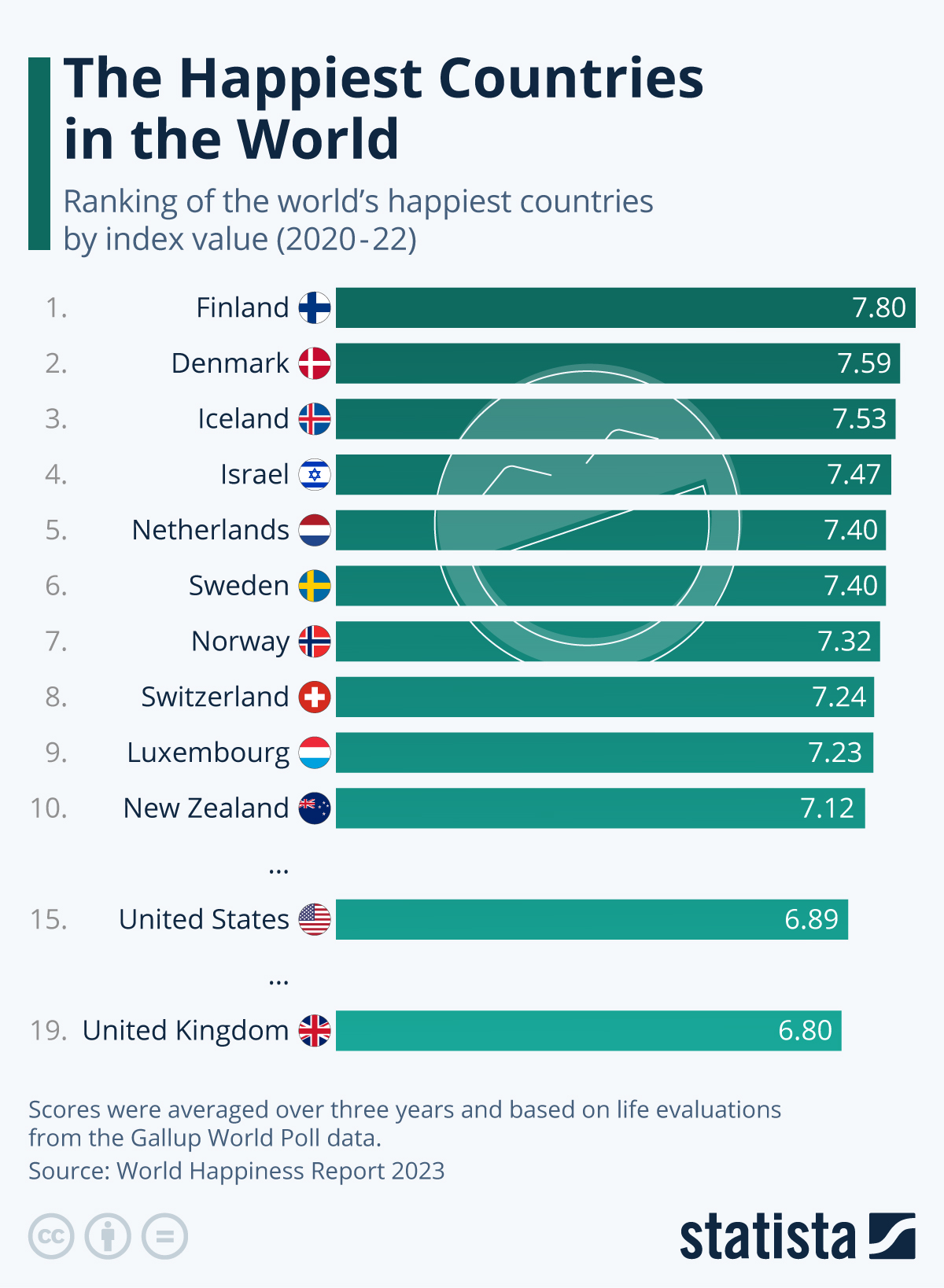